Welcome to our hotel near Busch Gardens Theme Park

If you are looking for a convenient place to stay where you can be assured you will get your money’s worth and friendly service at the same time, make reservations at Quality Inn & Suites® Near Fairgrounds Ybor City. Located off I-4 near historic Ybor City and the Florida State Fairgrounds, we are close to Port Tampa Bay and its cruise ships, downtown Tampa and just 20 minutes from Tampa International Airport. We make it easy to get around with our shuttle service that serves a 7-mile radius (additional charge).

Our location off I-4 makes it easy to travel into downtown Tampa, where you can merge onto I-275 to reach the airport and onward to the beaches on the Gulf of Mexico just across the bay. Closer to the hotel, historic Ybor City was once known as the Cigar Capital of the World,” and is known for its architecture, nightlife and restaurants. From Ybor City, hop onto the TECO Line Streetcar System and ride past the cruise ships at Port Tampa Bay all the way to the Tampa Bay History Center and Amalie Arena, home of the NHL Tampa Bay Lightning and a concert venue.

If you would rather relax under the sun, dive into our outdoor heated pool. When it comes time to retreat to your guest room, take full advantage of the coffee maker and refrigerator, and be sure to join us for our free deluxe continental breakfast in the morning. 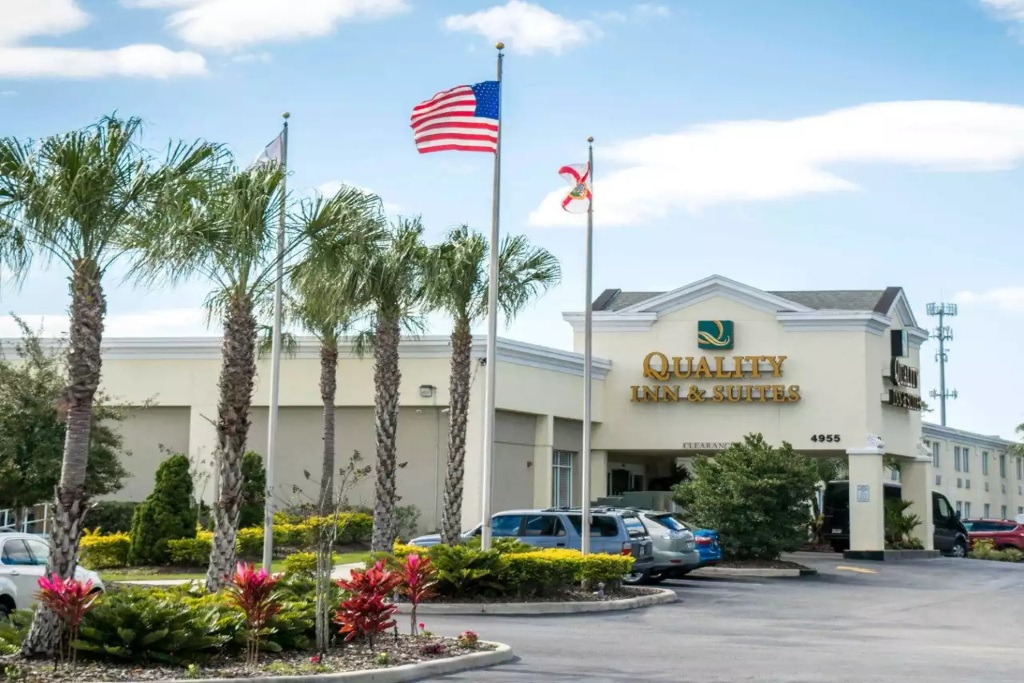 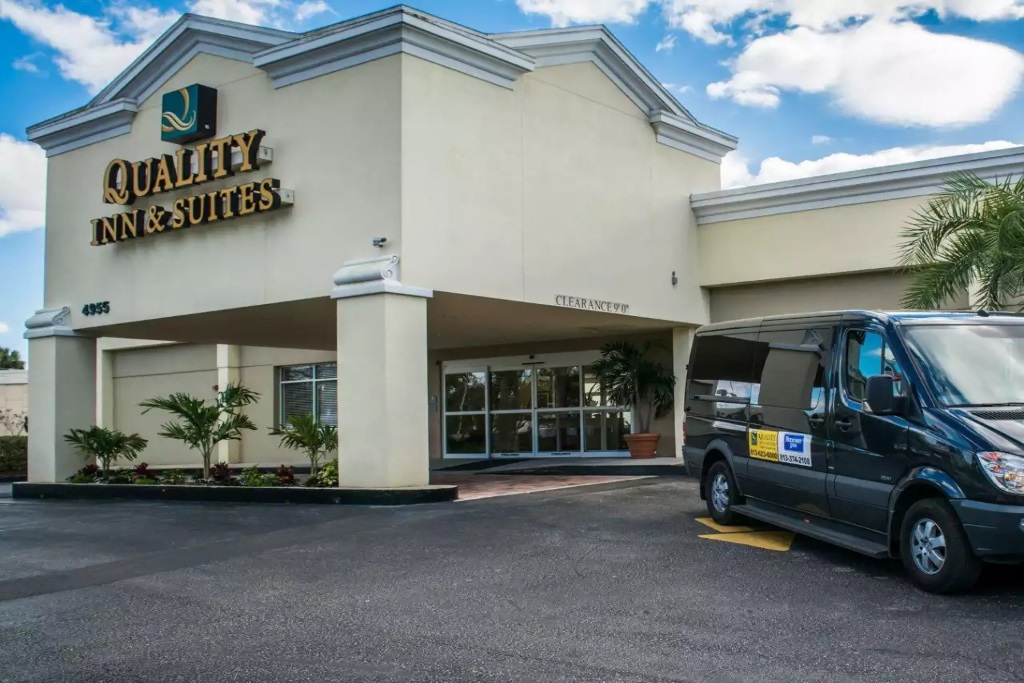 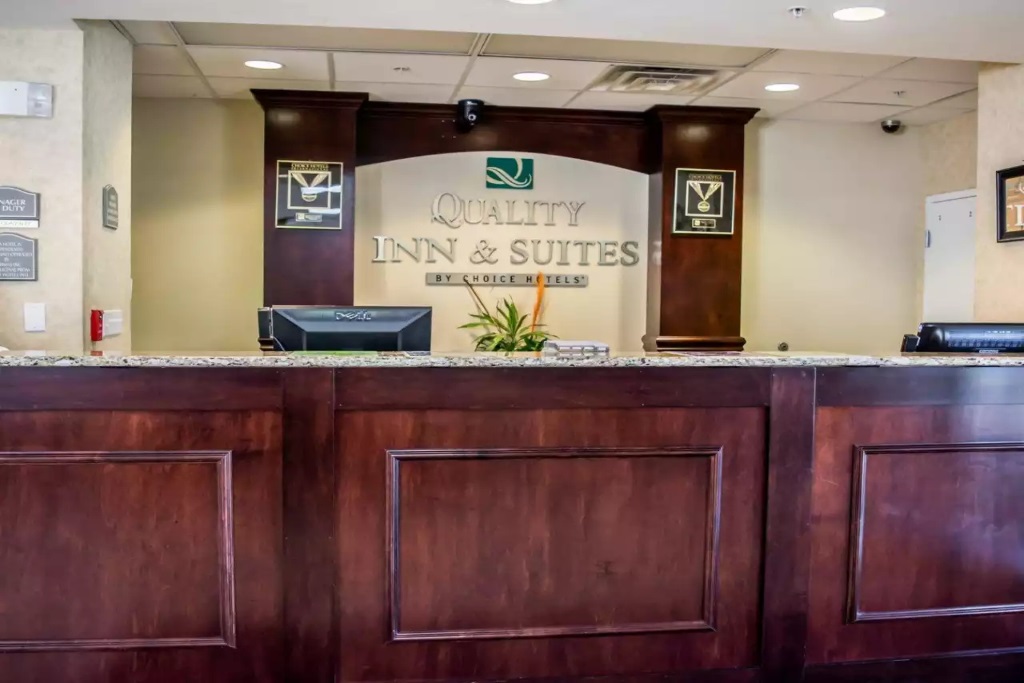 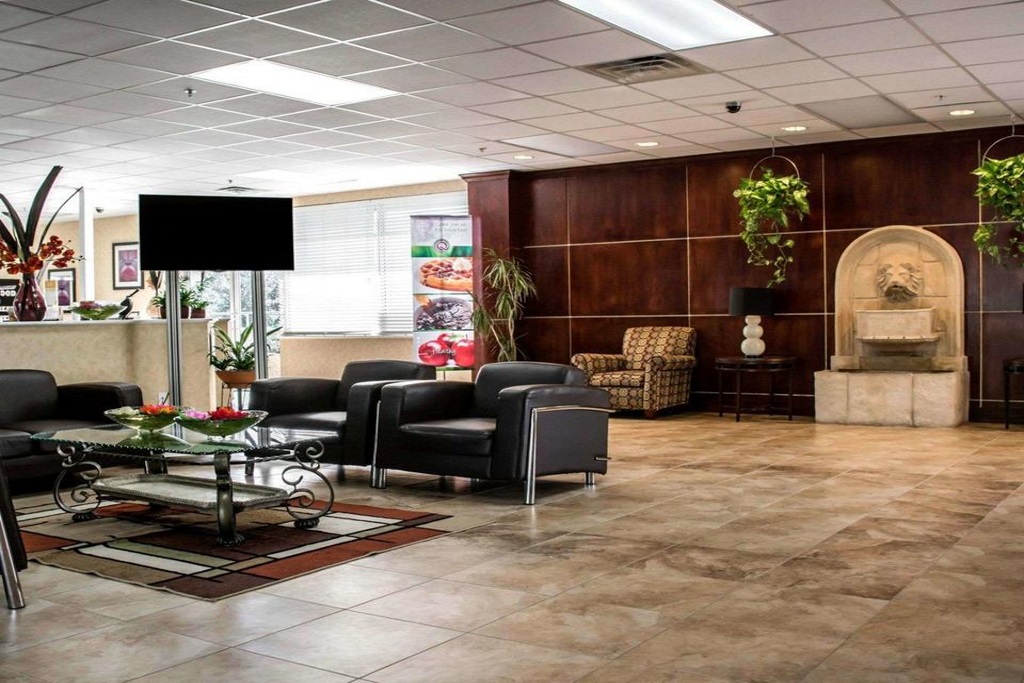 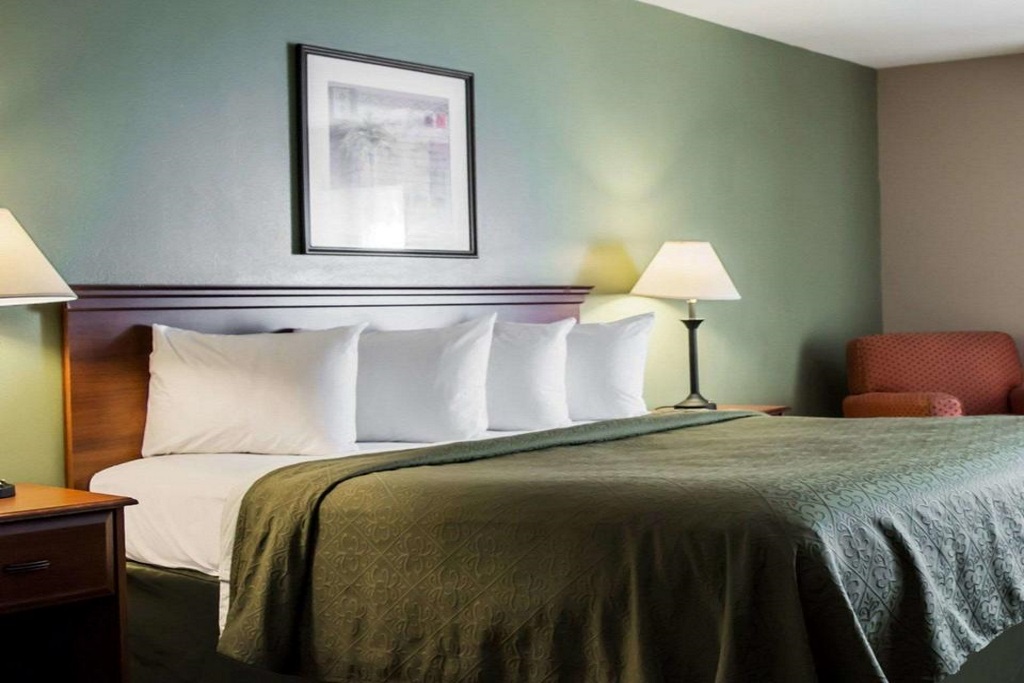 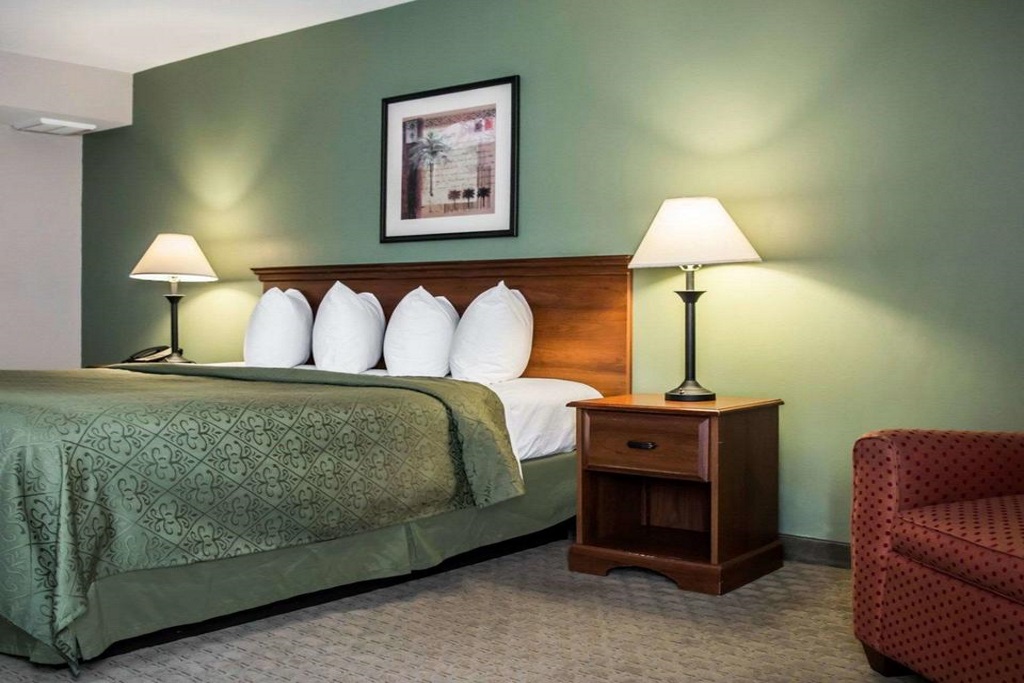 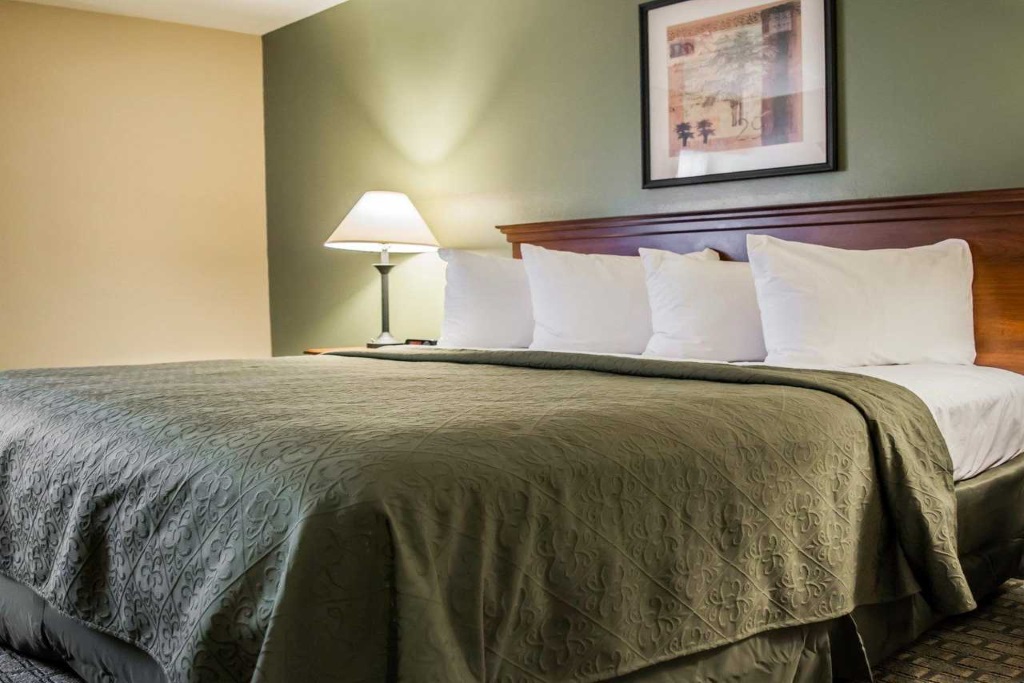 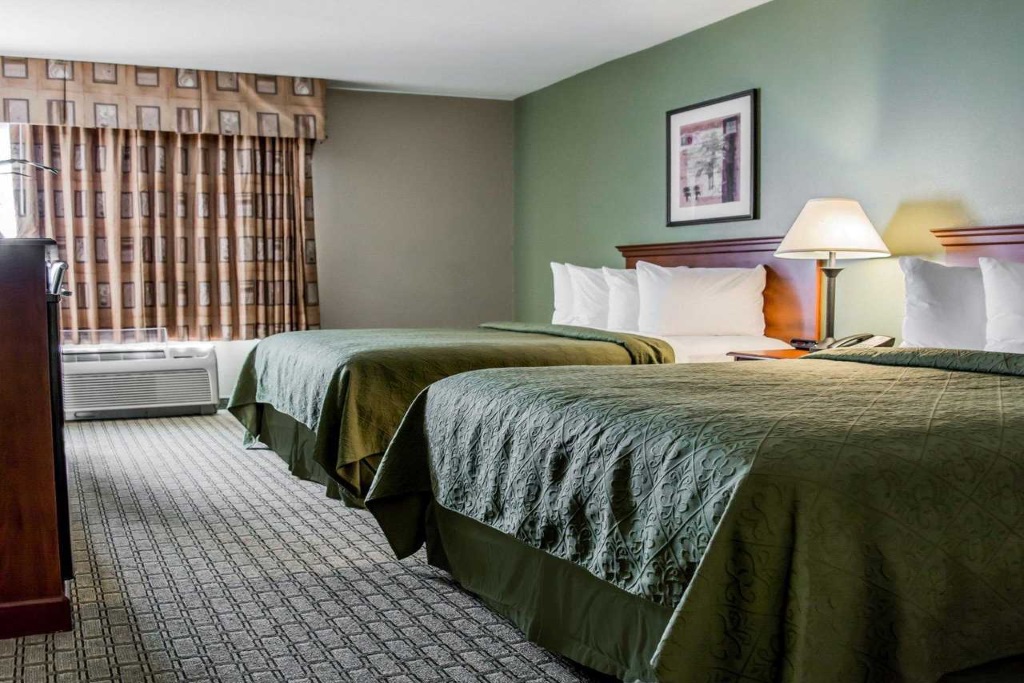 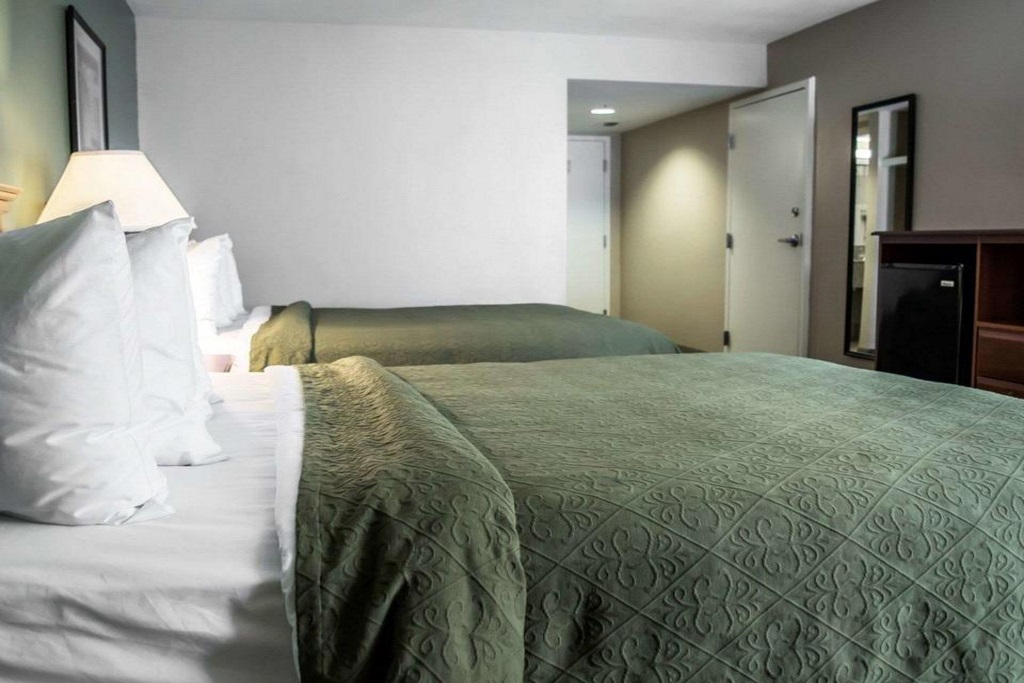 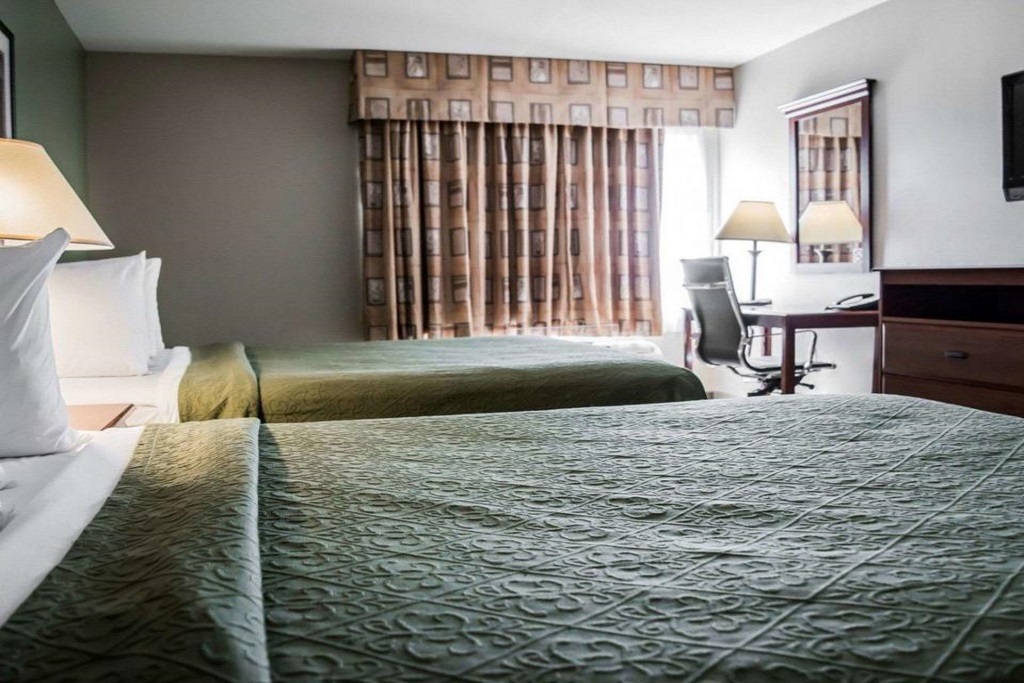 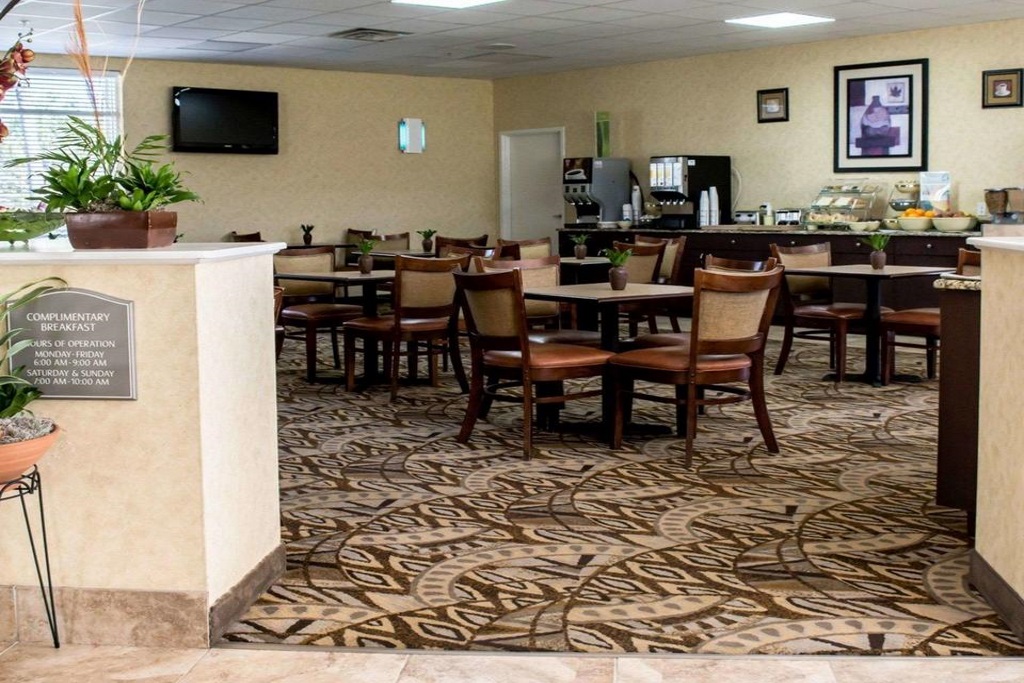 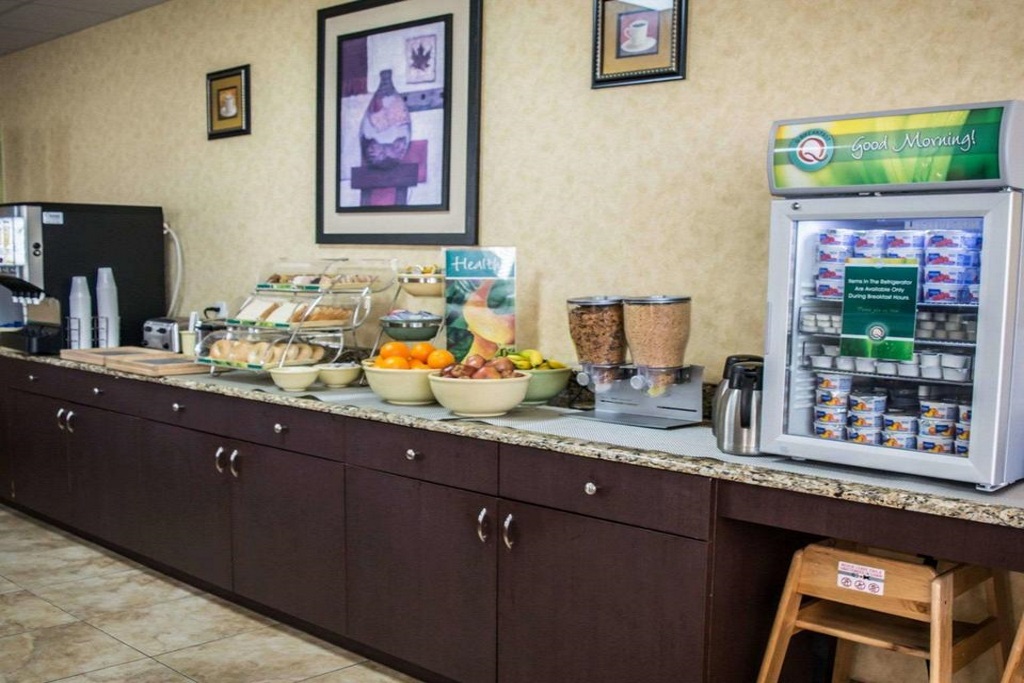 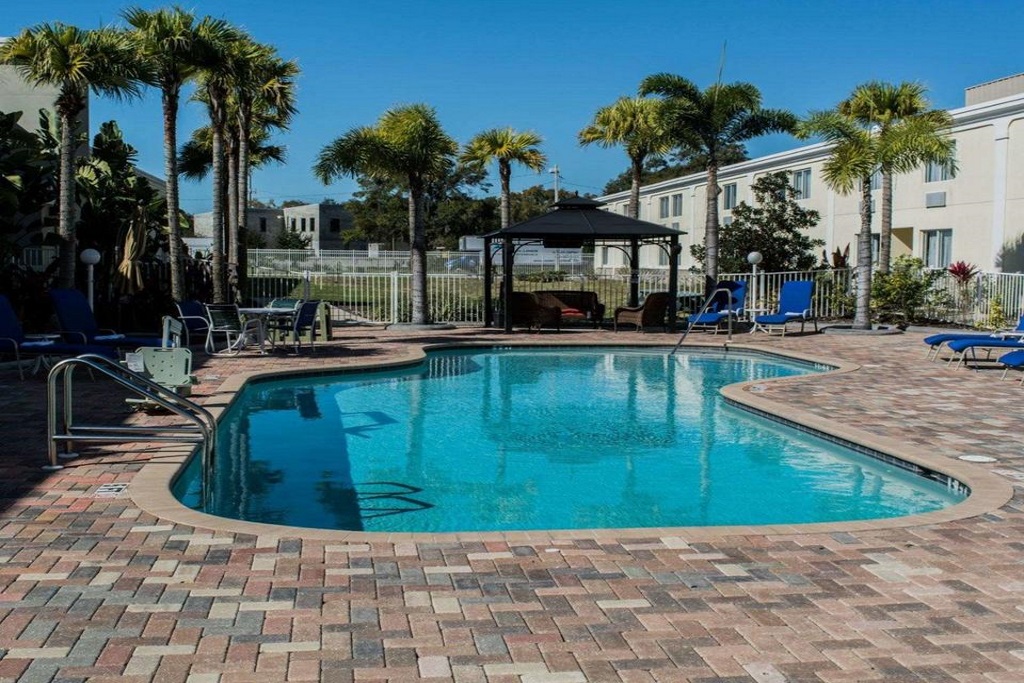 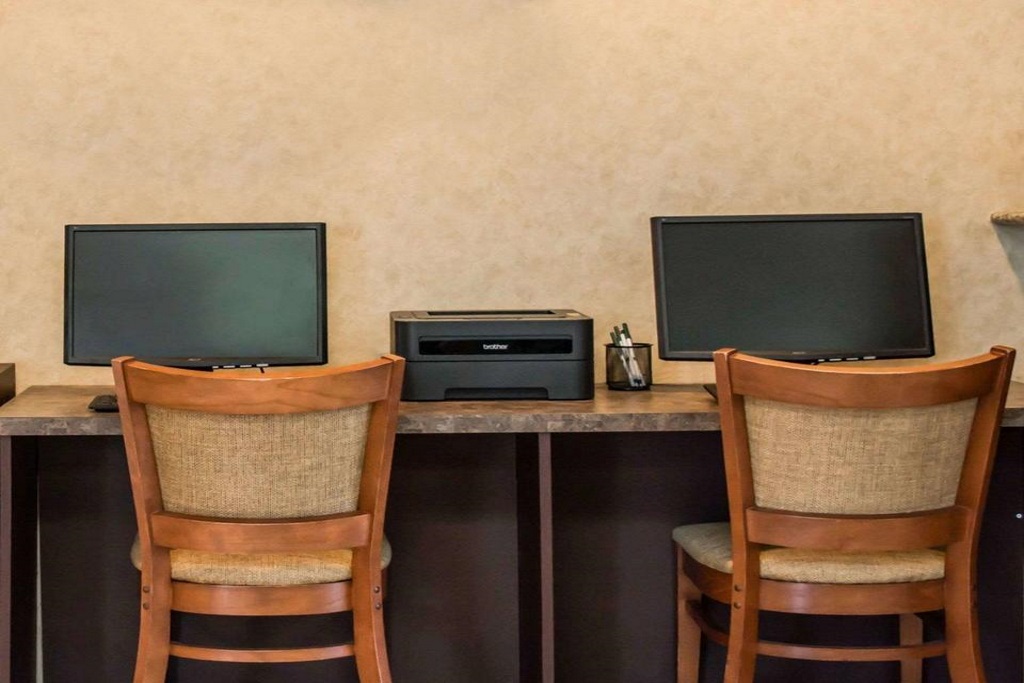 Internet
Free! WiFi is available in all areas and is free of charge.

Check In
3:00 PM - 12:00 AM
Check Out
1:30 AM - 11:00 AM
Min Age for Check In
21
Cancellation / Prepayment
Cancellation and prepayment policies vary according to Rate Program you select. The cancellation policies are mentioned in the rate program details.
Children and Extra Beds
Children of all ages are welcome. To see correct prices and occupancy info, add the number and ages of children in your group to your search. There's no capacity for cribs at this property. This property doesn't offer extra beds.
Pets
Pets are not allowed.
Cards Accepted at this property
American Express, Visa, Euro/MasterCard, Discover
Hotel Fees
The hotel charges a 3.00 USD per day hotel service fee.
Language Spoken
English, Spanish

So Convenient, Clean and Comfortable

The Quality Inn & Suites Tampa -Ybor City, a fairly new hotel, provided a great experience for my family. We were greeted at the front desk. These gentlemen were great employees; very professional and friendly. During breakfast we were greeted by staff who put the breakfast meal together. She kept everything extremely clean with an appearance to satisfy any appetite. If we’re in the area again, we are definitely willing to stay at this hotel again.

Perfect location, great friendly helpful staff and good free breakfast. Rooms are nice and black out curtains are the best. Manager is great and a very very hard worker. Our second visit and it will not be our last. One of the best hotel.

Great quality for the price

I cannot say enough good things about this hotel. The staff was wonderful. I was here for the Women's Basketball Final Four.The breakfast was great & the the room was comfortable.

This hotel gets an A+ rating from me because first, the location is very convenient, it is walking distance to all. It has a shuttle that will take you to several places. In addition it is very clean. The staff is very accommodating . The rooms are excellent and the bed super comfy. The swimming pool is heated and the breakfast the next day is excellent.

The hotel staff was outstanding for the entire visit. The room was perfect and the location is convenient to Ybor City and other dining options. The morning breakfast was great. Highly recommend if you’re staying in the area.

We stayed here before our cruise. Very nice and helpful staff. Loved the hotel shuttle service to Ybor City and cruise terminal. Great breakfast. Would definitely stay again should we cruise out of Tampa again.

We stopped here the day before our cruise- party of 6 couples. Hotel is very clean and decor is modern which I really like. Close to all and breakfast is a plus. Staff- very friendly and very customer service oriented. The rooms are clean and quiet and close to the casino.

We had an amazing night stay the night. The hotel staff was great. The rooms were roomy and very clean. We all found the breakfast to be wonderful and filling. Clean, comfortable, with great service.

I stayed for three nights on business for a conference at that TCC. Staff greeted me when I arrived and I soon knew what a great representative she is for this hotel. She is very friendly, very helpful and you can tell she loves helping people. Just wanted to say thank you to all for your friendly assistance over my three days. Great job!

This is a well-maintained property with friendly staff. We were in town for a concert at Amalie Arena. The hotel is clean and has a good breakfast with plenty of options to choose from.

This website is owned and operated by a third party. Our goal is to provide hospitality to all people and this means everyone. Our mission is to make it as easy as possible for all people including those with hearing, vision, or any other disability to learn about this property and book their stay if they so desire. If you have difficulty learning about or booking this hotel, we invite you to contact the hotel via telephone and their friendly staff will gladly assist you.

We work very hard to provide an easy-to-use online experience for all guests. We believe all of our website visitors should be able to easily research online regardless of device type and whether an individual requires assistive technology like a screen reader, font magnification, translation or voice recognition software.

To ensure this, we are committed to compliance with Level AA success criteria of the Website Content Accessibility Guidelines 2.0 (WCAG 2.0), an international standard measure of accessibility success. Our website and digital marketing has been developed after carefully parsing these particular guidelines and is continuously being enhanced to make our technology more accessible and user-friendly.

This hotel has the appropriate policies, best practices, and procedures in place to ensure that individuals with disabilities can make reservations for accessible guest rooms during the same hours and in the same manner as individuals who do not need accessible rooms.

As part of our reservation processes, we:

If you require any assistance with booking your reservation, please contact the hotel directly via email, phone, or social media, which you will find on bottom of this page.

This website is designed to be fully accessible to all and is designed according to W3C Web Content Accessibility Guidelines (WCAG) 2.0 and conforms to most priority checkpoints which entail some of the following elements:

This website can be navigated by using the tab key to traverse the elements of each page and by using the enter key to activate a highlighted link.

HTML heading tags are used to convey the document structure. Navigation menus are tagged as HTML maps so that the menu title can be read out, and the menu items are presented as a group. Please see our Site Map for easy navigation

The site is designed to conform to Level AA compliance as specified by the Web Content Accessibility Guidelines. All pages validate as XHTML 1.0 and use structured semantic markup.

The following tools and services are available for free to assist you with viewing and interacting with our website:

Optimize the way you view your web browser. If you have difficulty in reading this website on your screen, you may be able to change the settings on your browser to help you improve readability and visibility of each webpage:

*Note: W3C has not developed a certification program or authorized any other program to certify conformance to W3C standards.